Cocaine abuse & addiction is on the rise during the COVID-19 pandemic, and like many other addictions, feelings of isolation, financial worries or even boredom are fuelling an epidemic of substance misuse disorders. Taking the decision to leave cocaine behind is a brave step, but cocaine detoxification alone may not be enough to treat the underlying causes of cocaine use disorder.

If you or someone you love is struggling with coke, this guide will help you understand the detox process, along with withdrawal symptoms associated with cocaine cessation.

Cocaine is a powerfully addictive, psychoactive stimulant and is commonly used as a recreational drug. It is usually sold as a fine, white powder, and is commonly snorted, inhaled as a smoke, or dissolved and injected into a vein. The effects of this highly addictive drug begin within seconds and can last for up to ninety minutes.

Cocaine detox is for those people who want to stop taking cocaine completely, and use rehabilitation methods to cope with the withdrawal symptoms.

Although there is no set detox protocol for crack or cocaine rehab, our medical team often prescribes alternative medication to alleviate the patient’s anxiety and sleeplessness to aid the process.

The effects of cocaine use

The long-term effects of cocaine on the body are extremely detrimental and can eventually lead to permanent damage, severe cocaine addiction or death. While each person who uses cocaine could react to it differently, there are two distinct categories of cocaine effects: short-term and long-term.

Even if a person has only used cocaine once, he/she can experience permanent side effects. Long-term cocaine effects appear after increased periods of use and are dependent upon the duration of time and amount of cocaine that has been consumed.

Why do people choose to use cocaine?

People who try cocaine often get hooked to the short-term cocaine effects, namely feeling as though they have increased energy. The quick high experience keeps users feeling energetic and able to endure longer time in physical activities. New cocaine users often try cocaine to assist with work-based stress, to increase productivity at work by working longer and harder. While these results may seem promising in the beginning, increased tolerance and dangerous life choices often follow repeated cocaine use.

One cocaine effect, appetite suppression, is very popular for people looking to lose weight or maintain a low weight. Fashion models have been known to use cocaine in order to stay thin. Cocaine users often go days without eating, and if this behaviour is continued it can lead to addiction. Increased heart rate, blood pressure, constricted blood vessels, dilated pupils, and increased temperature are all short-term physiological cocaine effects. When taken in large quantities, cocaine will intensify the user’s high and may cause violent and erratic behaviour on the part of the user.

Long-term cocaine effects are more noticeable as cocaine abuse continues and the individual’s tolerance builds. Cocaine is a highly addictive drug, and it can lead to major medical complications and health problems. Some of these complications include heart disease, heart attacks, respiratory failure, strokes, seizures, and gastrointestinal problems. Other physical symptoms include convulsions, nausea, blurred vision, chest pain, fever, muscle spasms, and coma.

As the habit of using cocaine becomes increasingly important to the addict, behaviour such as lying, cheating, stealing, absenteeism at work and denying the use of cocaine, are evident side effects. While these behaviours are not directly related to the use of cocaine, these cocaine effects are often present due to the lifestyle of the addict.

With continued use, many cocaine addicts develop a higher tolerance for the drug over time. Addicts are also said to ‘chase the high’; meaning they continue to use cocaine, to seek the feeling they felt the first time they used it. For people addicted to cocaine and the effects that it brings, this high will never again be felt in the same way, and this addiction can lead to insanity and death.

What happens when someone stops taking cocaine?

Withdrawal from cocaine can be characterised by intense ‘stress’ symptoms:

Cocaine withdrawal – the user not getting their ‘fix’ of more – can rarely cause life-threatening physical symptoms, yet the powerful side effects from this dangerous drug can create serious mental health issues, and can even push the user to contemplate suicide. If you or a loved once is experiencing suicidal thoughts, please contact medical assistance immediately. Our drug rehab counsellors are experienced in discussing these matters and are available 24/7 on 0800 955 0945.

The duration and intensity of the withdrawal effects often depends on how long that individual has been using cocaine, the size of their regular doses and their mental health state.

The time spent to completely withdraw from cocaine usually tends to be proportionate to the time that the individual has spent using – and being addicted to the drug. Those that have used larger doses and quantities usually spend more time in detox, as their bodies need to rid the higher dependence.

Cocaine is known for its short ‘life’; distinct withdrawal symptoms can manifest themselves as soon as 90 minutes after the previous dose (or ‘hit’). For heavy users, the time is takes for symptoms to completely disappear can often be as long as ten days. Experts have said to consider this as only the ‘first phase’ of withdrawal – and the initial ‘crash’. These experts propose a three-phase timeline that can take some months:

Crash. A period of 7-10 days. This can include agitation and drowsiness along with intense cocaine cravings.

Withdrawal. A period of 3-10 weeks. Addicts show signs of extreme lethargy, anxiety and recurring cravings. They have a high vulnerability to relapse at this time.

Extinction. A period of 6 months or more. Even while at this stage, the addict is still highly vulnerable to frequent cravings and relapses.

The ‘crash’ period is the phase that most associate with detoxing addicts, and should be undertaken under specialist supervision.

At UK Detox we work with a wide range of rehabilitation facilities and detox centres around the country to suit your needs and circumstances and provide home detox’s. We are a premier service with an extremely high success rate, offering addicts the opportunity to get clean and sober and live a successful life. We are living proof that it is achievable and now we are here to help you on your journey into recovery. Change your story, change your life. 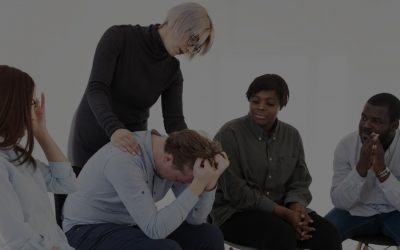 How To Prepare When Your Loved One Comes Home From Treatment

How To Prepare When Your Loved One Comes Home From Treatment You may be feeling thrilled to have them home but you may also find yourself walking on eggshells! When a loved one goes to rehab for drug or alcohol abuse, a lot can change in a short period of time....

END_OF_DOCUMENT_TOKEN_TO_BE_REPLACED 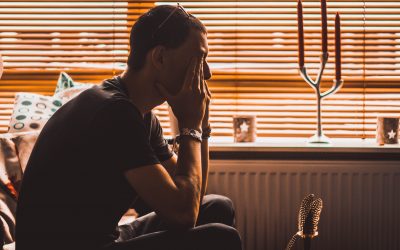 Secret Drinking- The Hidden Signs Of Alcoholism How can you see the signs of secret drinking when people with an alcohol problem become so good at hiding it from those they spend time with? Many people enjoy a nice glass of wine occasionally, or a pint in a pub. But...